Apple Tablet – the iPad is… meh

The so much awaited Apple Tablet has finally been announced by good ole Steve Jobs. My first impression? Meh. Put it this way, I was very very excited about the Apple Tablet, I was amused that the name could have gone the iSlate way (is late, get it?), but even the name is a total and uttermost failure. iPad… what’s with the easy iPod pun?!

Those of us who read Gizmodo and other technology-oriented websites have been showering in mockups of how the iPad would look like and truth to be told, most of them look better than this chunky piece of an eBook reader. What’s this supposed to be anyway? A phone? But it has no 3G… An eBook reader? But it costs $1000… An MP3/video player? BUT IT COSTS $1000!

Come on guys, who does not sincerely believe that Apple has just shot themselves in the foot please raise your hands and drop me a comment with sound reasoning. As for me, if I had Apple stock I’d be hitting the sell button as hard as I could right now… poor move Jobs, poor move…

Photos after the break (courtesy of Gizmodo).

UPDATE: Alright, alright, it only costs $500 after all. My point still remains: it is ugly and it only allows one app running at a time… $500 for a giant iPhone? Meh. 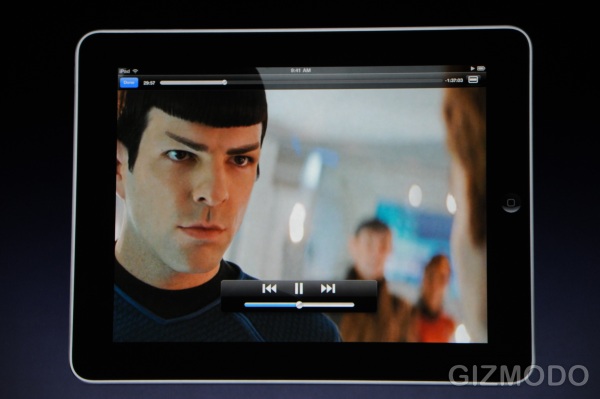